We all love the Big Apple, but what happens when the ANTM girls are taken out of their New York comfort zone and taken to a whole other country? Here’s the dope on what happened this week on ANTM 14!

The top 6 – Alasia, Alexandra, Krista, Raina, Angelea and Jessica were taken to New Zealand. Since Krista won the last challenge, she picked Angelea to travel first class with her but as soon as the girls landed, they were sent off on a go-see challenge to various design houses in NZ. Angelea booked all 6 go-sees, won the challenge and a whole bunch of cool clothes from the designers she visited.

The next day, the girls were taken to the New Zealand countryside for a photoshoot with a Prince! (Hold your horses,ladies! It was just a sheep named Prince! He was quite a looker, though!) Though terrified of the sheep, Krista didn’t show it for a second. She really proved herself when she won the challenge and best photo! Alaysia, however, was sent packing. 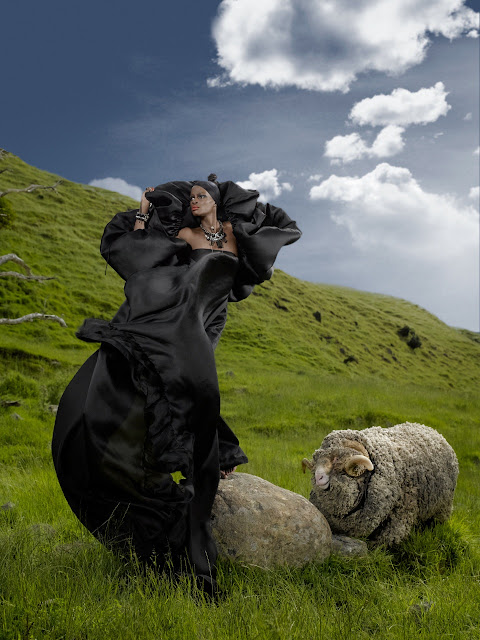 Call 911! (Oh right, we’re in New Zealand!) Jessica accidentally set a taco on fire! After the screeching finally stopped, the girls were taken to their shoot du jour at the set of the Lord of the Rings movie where they were to pose in a tiny ‘hobbit hole’ in a wall! Krista won the clothes and $4500 worth of clothes (jealous,much?)

The next shoot was my absolute favourite of the cycle (besides the ‘fake’ shoot)! The girls were shot by than none other than Ms. Banks herself! Krista won best photo at this ‘shadow shoot’ and Jessica was sent home!

Back at their penthouse suite, Angelea was getting insecure since her best friend on the show, Krista, was getting a lot closer to Alexandra. It really revved Angelea’s already aggressive competitive streak. I guess we’ll just have to wait and see how it manifests itself! 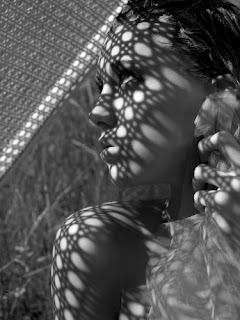 The Final Four – Raina, Angelea, Alexandra and Krista stayed on in New Zealand for more photoshoots and challenges but Raina’s excitedness and optimism was getting on everyone’s nerves.

The legend that is Andre Leon Talley stopped by the girls’ suite to chat with them over flowers and cognac! Soon after, the girls boarded a jet for their next photoshoot but were presented with a surprise runway challenge ON the plane!
Alexandra’s walk was fun, Angelea walked on one high heel, but eventually, it was Krista who wowed the other passengers and won the challenge before they arrived at Queenstown for their next shoot.

The shoot was ‘ugly pretty’ where the models would be styled in outrageous clothes and hideous makeup but would still be expected to look fierce yet pretty! Talk about a challenge! Krista won best photo YET again and Tyra announced that two girls would be going home instead of one! Evetually Angelea and Alexandra were sent back while Raina and Krista went on to become finalists. 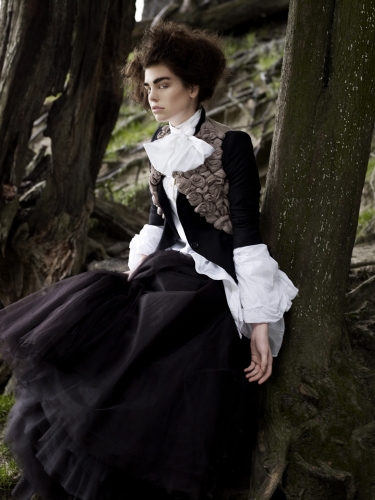 We’re finally down to the final two – Raina and Krista (I’m team Raina!) The girls were taken via private helicopter to the beautiful rakino island where they met up with Miss J and received the scripts for their next challenge – an ad campaign for Covergirl and a photoshoot for 17magazine.

Both girls got right to studying their scripts. Krista who was so sure she wouldn’t need cue cards messed up her lines and Raina got incredibly stiff in front of the camera. Both girls looked fah-bu-lous at the 17 shoot, though!
When they got back to the house, they were surprised by Tyra who had flown in THEIR FAMILIES for a family photo! Aww!

Soon after, the girls were taken to their final (and most difficult) runway challenge – an Anna Sui fashion show! Anna loves for her models to be peppy, flirty and fun on the runway so it was important for the girls’ personalities to really shine through. Another surprise – they were joined on the runway by Jessica, Alaysia, Alexandra and Angelea!

When interviewed by Tyra after the show, Krista confessed that if she won, she’d really love to show young skinny girls growing up that they can achieve their dreams and that there is a place for black women in the world of fashion while Raina talked about how she felt insecure and gawky growing up but how confidence, believing in herself and volleyball (!) changed everything for her.

When the time came for the final judging and announcement of the winner, both girls arrived in fabulous couture which was such a clear sign of how far they had come since they first started out in the competition.

Finally, Krista blew the judges away and won a contract with Whilemina Models, a campaign for Covergirl, a 17magazine cover and spread. :) 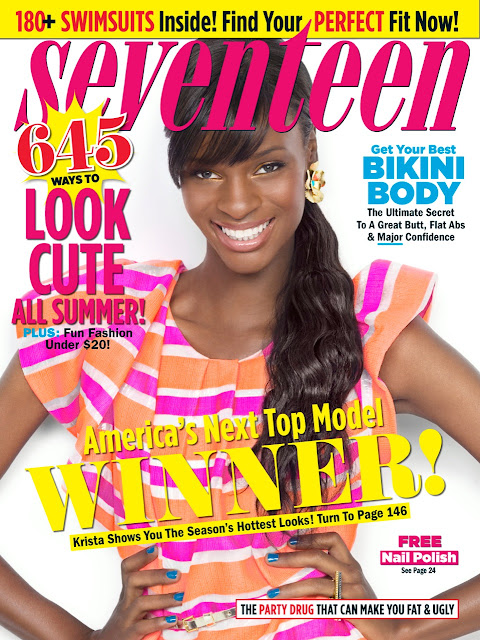 (1) Alaysia yelling at random objects when she was angry (and,boy, did she get personal!)
(2) Naduah in her raciest underwear
(3) Anslee doing a killer Beyonce booty shake
(4) The girls getting wasted
(5) A cockroach in the bathroom thanks to the mess in the apartment
(6) Alexandra's lack of modesty during the photoshoots
(7) Naduah, Tattiana and Anslee in desperate need of pedicures!
(8) The girls stuffing their faces with marshmellows
(9) Ren's drinking problem
(10) Angelea's MC Hammer dance
(11) Brenda refusing to clean her own hair off the floor after her second haircut
(12) Alaysia's 'shaving shavings' in the bathtub
(13) Jessica's geoglexia (problem with geography!)
(14) The super sweet card Raina's boyfriend sent her
(15) Pat Cleveland getting Raunchy on the runway
(16) Angelea refusing to let anyone touch her prizes!
(17) Alexandra jumping into a swamp!
(18) Alaysia getting a little too excited about working with male models
(19) Angelea trying to win Jessica over to her side!
(20) Tattiana licking the blood from the vampire shoot (Eww!)

And that’s the end of another fah-bu-lous cycle of America’s Next Top Model on BIG CBS Love! What did you love best about this season? Share it with me in the comments section!

bisou bisou,
anushka xx
Posted by Anushka at 5:59 AM

From Broadway : I love them too!