from sole to soul : meeting with Jimmy Choo

since you guys couldn’t be there, i decided to bring Choo to you! (haha!) I hope you are as enriched by his story as i was :)
. 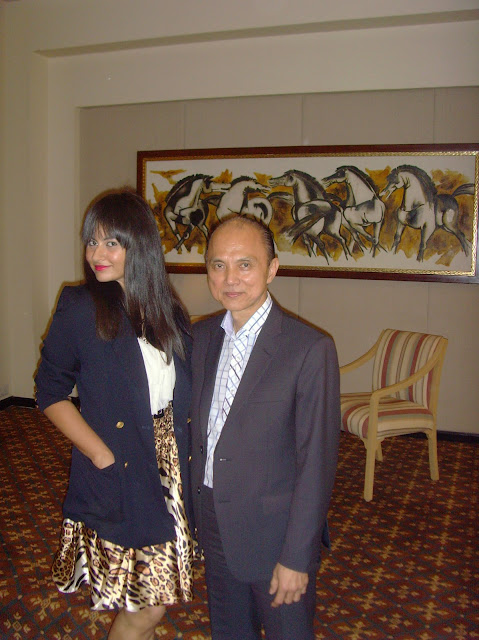 sometimes, when you meet an iconic celebrity, they don’t live up to the image of them you build in your head. such was not the case with Jimmy Choo. Mr. Choo was humble and gracious as he was informative and inspiring. a strong believer in the fact that a good teacher is all you need to set you on your way to success, Mr. Choo got candid with the lot of us, setting us at ease by telling us the humorous story of how he was mocked by a teacher in fashion school when asked to draw his first shoe! { in conversation with the head if the university of arts, london }

Jimmy Choo first started his love affair with shoes at age 11 when he worked with his father, a shoe maker in Kuala Lampur, Malaysia. not long after, he moved to London to study design where he was faced with cultural and language barriers and ate cheap chinese food to survive. yet, he believed strongly that everything in life was a learning experience and hence developed the values of punctuality, strength and responsibility.

alongside his classes at the university, Choo worked at a shoe factory where he learnt a great deal about the dynamics of footwear manufacturing. he then went on to start his own workshop – a small room in an abandoned hospital on a street not many cared to visit. 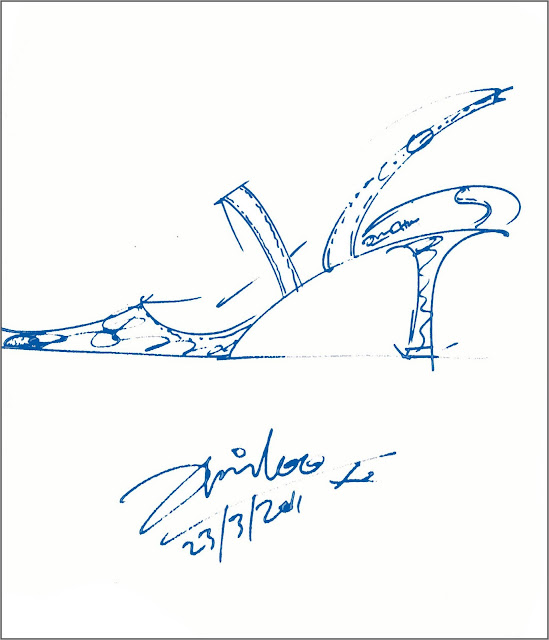 
the shoes he created bore no name and rarely sold at the rate he’d have liked them to. one day, fate smiled upon him when two ladies approached him to design shoes for a runway show. this new venture thrilled Choo and he went on do design more expensive footwear for other influential designers.

after many such collaborations, he decided to start out on his own. as scary as it seemed with the bad market situation, unavailability of skilled workers and lack of factory space, he was rewarded with the fruit of his labours when he was approached by another lady who in exchange for a shoe that bore his name, she swore to make him famous.

shortly after the incident, he was contacted by an assistant at Vogue who said she’d like to feature him in the magazine. with the positive press that only Vogue could bring, Choo was contacted by a host of other magazines for editorials. here started the rise of the shoe god in London and the world alike. 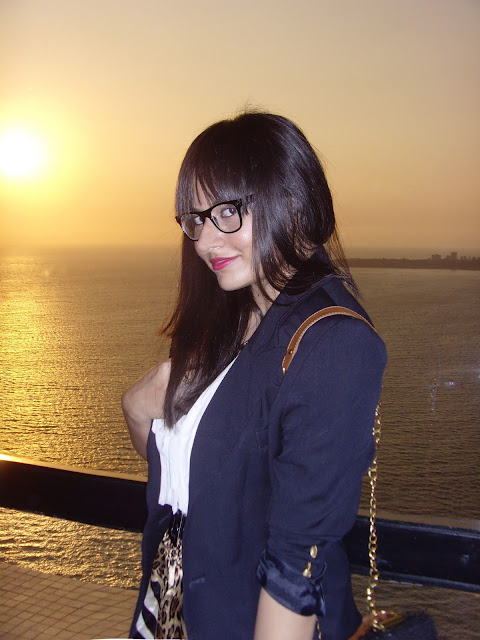 not many people know this, but Jimmy Choo was contacted by Princess Diana to design a pair of shoes for her wedding to Prince Charles. Choo was invited to Kensington Palace where he took into consideration Lady Di’s needs (a modest 2 inch heel, closed-toed) and sketched her a shoe which made him very popular among the Royal Family, British high society and a variety of film stars. in fact, rumour has it that Kate Middleton will also be wearing a Jimmy Choo original at her wedding to Prince William this April!

Mr. Choo worships the Goddess Kali and blieves that she taught him about simplicity, kindness and respect. another important lesson he believes to have learnt from the Goddess is that in life, when you are faced with failure, it is important to be strong, patient and realize that something better will come along in the future.

he is extremely grateful to the three ladies that approached him and gave him the right opportunities at the right time and believes that it was good fortune that led them to him. 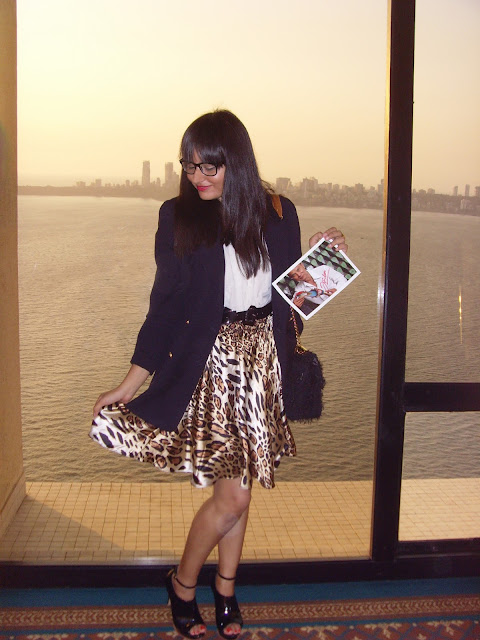 { what i wore to the event}

according to Choo, there is absolutely no substitute for hard work. often, in the initial stages of his career, he would return home at 4am, sleep for an hour, take his daughter to school and then head right back to work. during fashion week, he would sometimes not come home for 4-5 days. he graciously thanked his wife for her endless love and support and believes that he wouldn’t be the man he is today without her.

for designers starting out, Choo advises knowing exactly what market you’d like to cater to (high end / low end), never compromising on quality, being original and hiring excellent legal and public relations teams to help take your brand to the next level.

the future of fashion

Jimmy Choo adheres to the belief that the youth are the future of fashion. which is why he travels extensively, trying to inspire them with his story. you heard this here first : today, Jimmy Choo announced the ‘Jimmy Choo Foundation’, an initiative started by the designer himself that offers budding designers from China, Japan, India, Singapore and Malaysia scholarships and funding for further education in fashion. though the foundation is still on it’s first legs, i have no doubt that the fashion world will be blessed with a lot more Thakoon's in the years to come.

in the words of the maestro himself, ‘ideas are what makes the world go round, so don’t be selfish about sharing your designs. your idea might just be the next big thing.’ 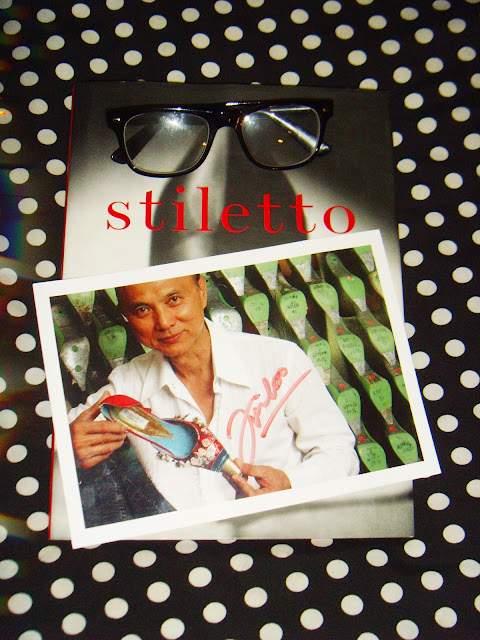 { he autographed my invite! }

sorry for the long post guys! hope you enjoyed the post nonetheless! as usual, thoughts in the comments section!

{p.s: thankyou so much to sharmeen (for thinking of me as soon as she heard about this opportunity!) also, a big thankyou to preeti and yojana at edwise for making this happen! }
Posted by Anushka at 2:20 PM

oh dear lord! You're so lucky!

How, pray, did you chance upon this exciting event? :D

what an amazing opportunity. nice

That's so cool you got to meet him. how exciting! Nice post and your blazer is great

i'm so green with envy right now!! lucky you !!

Whoooo.
:D
This so AWESOME!!

PS: You look pretty composed in the pictures. :)

Sharmeen : YOU,YOU AND ONLY YOU! IOU bigtime! Muah! Thankyou SO much!

Jahn : Aww don't be! I'm sure you'll have a similary opportunity someday! :)

Incessant Confuzzlement : Hhaha! I wasn't! My legs shook for ten minutes after my picture with him lol!

Awesome! you met Jimmy Choo! I wish I could...

You are one LUCKY girl! So jealous.
Love your outfit, the blazer is gorgeous.

oh Wow! What a great opportunity!! Truly inspiring too!

You're so lucky to have met him!!!
Fashion Panache - Patiala Salwar Bottoms

heyyyy
am follwing you!
love this!

Aastha : Thanks! It was so nice meeting you! :)

This long post is worth every word!!
its so nice to know everything about this man..
YOU ARE ONE LUCKY GIRL!!

I LOVE THE GLASSES!!! AND you got a picture with him! I know this is coming sort of late, but I've been so bad at checking blogs recently, sorry :( :( :(

MUCH love! Your blog is as fabulous as EVER. Love that it's getting so many hits!

Sharan : Omg girl where u been?! Miss you! :) Thanks so much for the kind words! Bombay misses you! Come home soon! *bear hug*