To Delhi and Back in Fendi Pumps

If you ask me, even the tiniest pieces of success are worth celebrating. Maybe it's just the child in me, but I ceremonialize even the smallest press mentions or brand collaborations with a piece of cake. Okay, a new bag.

But when Cosmopolitan called to say they were flying their favourite bloggers out to the capital for an editorial spread in their Digital Issue, I was ecstatic. Numerous phone calls to their fashion editor later, I was ready to pack my bags and head out to big, bad Delhi (much to the discontent of everyone back home!)
It felt so exhilarating to be a single girl heading out on a fashion adventure, that I spent a large part of the plane ride making mental notes for a chick flick starring Anne Hathaway as me, in my head. 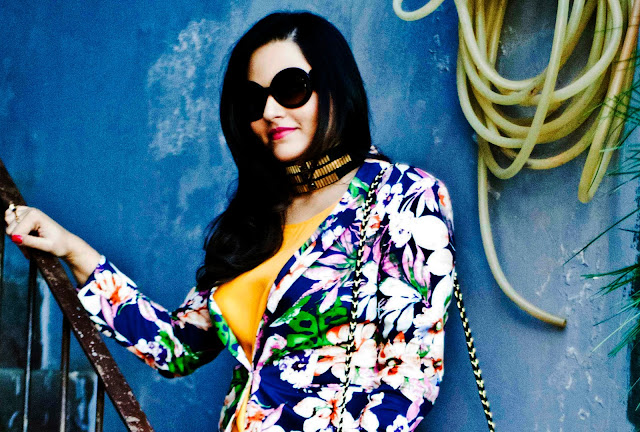 Of course, thanks to frantic calls from home checking to see if i was safe, my phone battery died. Luckily I was greeted by a very kind policeman who not only helped me find the magazine's rental car, but loaded my accessory-jammed bags into the boot after checking the driver's credentials. Score One for Delhi!

Somewhere, as street after pretty street whizzed by to the sound of U2's 'City of Blinding Lights' and the driver chatting animatedly away, we got lost. Which turned out to be fantastic as I got to drive by India Gate. Sightseeing? Check!

Which now meant that I was horribly late. I was the last to arrive at The Pink Room in Haus Khas village (or as I like to call it, base camp), but was quickly enveloped in hugs and air kisses from the Cosmo team and my favourite Santu Misra. 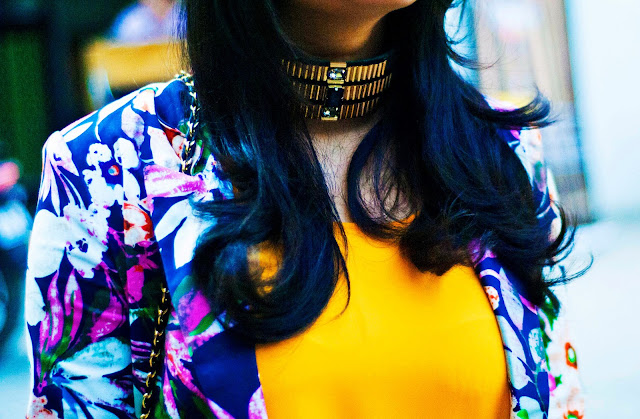 As I filled fellow blogger, Akanksha Redhu in on the latest episodes of the Bombay blogger scene and got to know the lovely Naina between sips of coffee in hair and makeup, Aradhana, Cosmo's fashion editor, carefully curated pieces from the racks that were the perfect balance of high fashion and our own personal styles.

Soon, it was my turn to be whisked away for my shoot. I felt like royalty, having my dress held up and my Fendi shoes and bag carried as we made our way through the crowded streets, held our breaths through narrow alleyways and trekked up about a dozen flight of stairs.

We finally made it to this darling little cafe on the roof of a building that had the prettiest view of a lake. I took a deep, steadying breath and tried to channel my inner Coco Rocha while I waited for the madness to begin. After about thirty minutes of camera clicks, Santu yelling 'werq' and me wondering how models did this for a living, we called it a wrap and made our way back to home base. 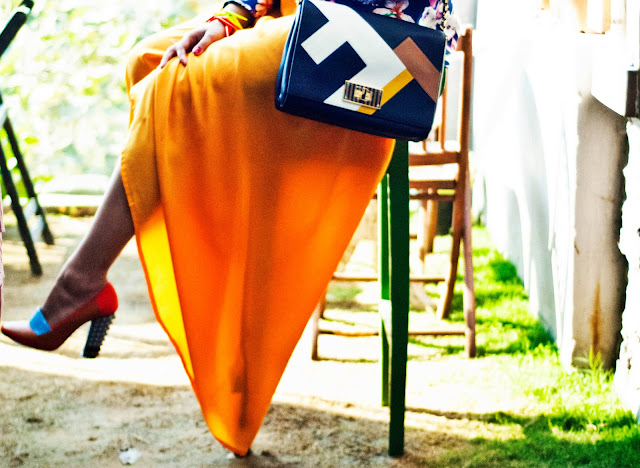 A plate of pesto pasta and onion rings later (yes, people in fashion do eat), my phone buzzed to let me know the car had arrived ten minutes early to take me to the airport.

As I bid everybody farewell and went on to get stuck in the worst traffic jam of my life, I realized, in more ways than one, that Delhi is a lot like that girl you knew in school who had a bad reputation for being a bitch, but who was secretly quite nice once you got to know her. Or maybe I'm just naiive.

All I know is, I had the best time and can't wait to visit again! 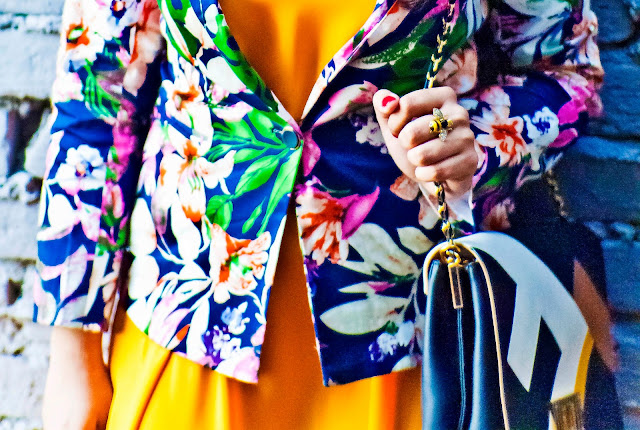 Oh, and did I mention I met a really cute boy wearing an Hermès
tie on the plane back home? But that's a story for another day!